Requesting a ride in some of the busiest cities in Portugal is sometimes very difficult. Calling a taxi or finding one on the streets can cause a lot of stress when you are not familiar with the local language. This is where apps come in handy. We’ll answer in this blog – is Lyft in Portugal?

No, Lyft is currently unavailable in Portugal. The company doesn’t yet have an international presence. However, there is another app you can use, and that is Uber.

Is Lyft in Portugal?

Lyft hasn’t yet expanded to Portugal. It is mostly present throughout the United States and some Canadian cities. Therefore you won’t be able to schedule a Lyft drive. The majority of tourists who arrive in Portugal search for alternatives. The most commonly used app in Portugal is Uber.

When traveling to Canada or some cities in the US, you can use a convenient method and check whether the destination has Lyft services. Simply go to the Lyft website and type in the city in question. The website will immediately show you whether that city is featured on its official list.

If You Go to Portugal, Use Uber Instead

Most big cities in Portugal, such as Porto, Lisbon, Braga, Aveiro, and Coimbra, have Uber drivers. There is also a small number of smaller towns and resorts. From 2019 you can request an Uber ride on the island of Madeira. One can expect the company to expand even further. Here is a list of Portuguese cities where you can use Uber:

What’s the Difference Between Lyft and Uber?

There are only a few differences between Lyft and Uber. When it comes to tips, Lyft allows you to give a tip to the driver three days after the drive. On the other hand, Uber allows you to tip the driver immediately in cash or even before you reach your destination. Also, the cost of Uber and Lyft is different – Lyft is a bit more expensive than Uber.

Is Uber Better Than the Portuguese Taxi?

Uber is a better option in case you want to pay less for the ride. Sometimes the ride can come out a lot cheaper than the average taxi ride. A taxi ride from the Faro Airport to the city can cost as much as 10 euros, but with Uber, this can cost just 6 euros.

The situation is the same in Lisbon. For a taxi ride from the airport to the city, one can pay as much as 20 euros, but with Uber, the price can be just 12 or 15 euros.

Apart from the cost, you can expect to enjoy better-equipped Uber vehicles, and you won’t deal with the language gap by talking to the drivers about where you want to go or calling the call center to book a ride.

Is It Safe to Use Uber in Portugal?

According to the reviews online, Uber drivers in Portugal are professional and respectful. It’s considered as safe as taxis. The application even added brand-new features that are designed to ensure the safety of the riders. One such feature is “share my trip,” which the customer can use to send all information about the ride to a friend or family member.

Additionally, there is an emergency button in the app which sends all details about the ride to the local authorities in case an issue arises.

What Are the Uber Pickup Points in Portugal?

There are specific Uber pickup points at some airports in Portugal that you can always count on when you reach your destination. Check out our table with all the important information.

Apart From Uber, What Other Platforms Can You Choose

Lyft and Uber are not the only two companies you can count on when searching for a ride in another country. There are various other options available. Here is a list of possible alternatives if you don’t want to use Uber.

Mytaxi – In numerous European cities, there is a taxi app that the majority of locals and tourists use. It’s called Mytaxi, and it is available in Porto, the Algarve region, and Lisbon. It is completely different from any other platform since only licensed taxi drivers from a particular city are allowed to work for Mytaxi.

Bolt – It’s an extremely popular app that one can use in Porto, Braga, and Lisbon.

Cabify – This app for requesting rides is present in Portugal, Latin America, and Spain. When in Portugal, you’ll find that it operates in Madeira, Lisbon, and Porto. It has become available in the Algarve as well. It’s considered to be similar to Uber and very efficient and reliable.

Kapten – Kapten has come to Portugal from France. For now, you can use it only in Lisbon. It functions just like Bolt and Uber. There is only one difference, and that is the loyalty program. You can get points based on how much money you spend on travel that you can later use to travel for free.

Now You Know How to Request a Ride in Portugal

You won’t be able to find any Lyft drivers in Portugal, but that shouldn’t be a problem since similar applications can serve as an alternative. Uber, Cabify, Kapten, Bolt, and Mytaxi are great options that can be used instead of Lyft. So, if you plan on traveling to Portugal, research what apps are available in the city you are going to, and you’ll catch a ride wherever you’d like with ease. 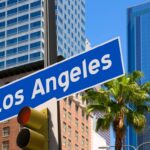 Should You Drive For Uber or Lyft In Los Angeles? Are Uber and Lyft The Same Company? How to Schedule Lyft in Advance 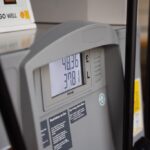 Why is Lyft So Expensive? 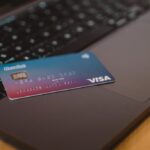 How to Delete a Lyft Payment Method How to Get a Lyft Amp? How Much Is a Lyft Car Rental? 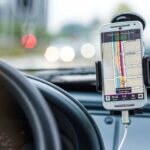 Does Lyft Charge if You Cancel Is Lyft in the Dominican Republic?