Most food delivery services offer incentives to get top ratings and to be the best of the best, and Doordash is no different. Let’s take a look at how you can become a Top Dasher.

So how to become a top dasher?

Here are the requirements to become a Top Dasher:

This blog will explain how to become Top Dasher, how the program works, as well as explore if it’s even worth participating in.

Becoming a Top Dasher – Is It Hard?

It is not hard to get Top Dasher. You just need to provide good customer service and get good ratings from customers.

Doordash is not the same as working for Postmates or Uber Eats, though there are some similarities.

You need a red card, which is like a prepaid credit card, to be a dasher, and you must pass a background check.

When you work for Doordash, customers have the opportunity to leave reviews of your performance. The drivers with the highest ratings and quickest delivery turnaround are offered the chance to join the Top Dasher rewards program.

Becoming a Top Dasher isn’t difficult, though it will require a little effort. Here are the benefits offered.

Now that you know how to become a Top Dasher with DoorDash, you should also understand the top benefits you gain with this status. Here are some of them:

To become a Top Dasher for DoorDash, there are several requirements that must be met. Firstly, you must be an active dasher delivering orders in good standing with DoorDash. This means you have been delivering orders consistently and have maintained a strong customer satisfaction rating as well as a high average delivery speed. You may also need to have completed a certain number of deliveries or have been delivering for a certain amount of time. Here are the exact requirements:

Additionally, you must agree to DoorDash’s terms and conditions and be willing to complete background checks. Once you meet these requirements, you can apply to become a Top Dasher by filling out an online application. Top Dashers are rewarded with the title on the first of every month. At the end of the month, the benefits end.

What Happens if You Become a Dasher With This Status?

Once your application has been accepted and reviewed, DoorDash will contact you to let you know if you have been accepted as a Top Dasher. If you are accepted, you’ll receive additional benefits and rewards that regular Dashers don’t get. These include discounts on orders and exclusive promotions like double orders or bonus payouts. Additionally, Top Dashers get access to priority customer service and special offers from DoorDash.

Is Being a Top Dasher Worth It?

Reddit has become as useful for the user, customer, and employee reviews as traditional websites. There’s a frankness found there that can be lacking elsewhere online.

Doordash naturally has its own subreddit in which employees and contractors can openly complain about work. At the top of the list of complaints is the Top Dasher program.

It’s hard to understand why, as having the option to work anytime you want is precisely why so many people have turned to rideshare and delivery services. There’s a freedom attached that other jobs can’t offer.

But the Top Dasher program has some weaknesses.

First on the list of complaints is an acceptance rating of 70 percent or higher. Dashers are allowed to decline any order they don’t want to take, but it hurts their acceptance rating. Maintaining 70 percent means picking up a lot of low-paying orders that won’t cover the trip. Low-paying orders often don’t even have the promise of a good tip. If you are going to tip, it’s recommended that you do so in cash.

The second complaint is directly tied to what one would assume is a plus. All dashers are able to dash when the market is busy in the area, which will be highlighted in red on the phone app. That’s when you’re likely to make the most money. Top Dashers can deliver whenever they want.

This begs the question, though: Why?  There’s not really much point in working during hours that aren’t busy, as you don’t stand to pick up a lot of deliveries.

Still, the biggest benefit is being able to set your own schedule while Dashing. Top Dashing may not be the best way, however, to do that. Some drivers opt to use Early Access Scheduling, which can get you more delivery time without the hassle of keeping a high acceptance rate.

With Early Access Scheduling, you can set your hours up to six days in advance of working. Qualifying for Early Access might take you a little longer, as it requires at least 500 deliveries total, a customer rating of 4.6, and a completion rate of 95 percent.

Is It Ever Worth Being a Top Dasher?

Yes, it is worth being Top Dasher. Top Dashers make significantly more money than regular Dashers and as a Top Dasher, you’ll be given priority for the best orders in your area.

In addition to a higher per-order rate, you also get bonuses and other incentives that can add up to hundreds of dollars per week.

You’ll have more orders and better opportunities. This means you can earn more money in less time by completing more orders that pay better rates.

Most drivers claim the best way to maximize their income is with Early Access Scheduling along with being a little selective about which orders they accept.

There are some occasions, though, when being a Top Dasher can actually pay off.

Getting a good shift during the busy hours in major cities is difficult even with early access scheduling, so Top Dashing may be the only workaround.

The app also locks you in your specific zone unless you’re a Top Dasher. With the freedom to move to other markets, you stand a better chance of earning.

Early Access Scheduling seems like the better deal for Doordash drivers, but knowing the market in your area will determine which is more advantageous for you.

How Much Do Top Door Dashers Make?

Top dashers make over $30 an hour compared to regular dashers who make $25. The reason for the discrepancy is that top Dashers are more efficient in getting orders and have good customer service ratings.

Additionally, they are able to work more hours since they can get more orders.

What Is An Elite Dasher?

To become an elite Dasher, drivers must meet certain criteria set by Door Dash, such as completing a certain number of orders within a specified time period.

Why Didn’t I Get Top Dasher?

There could be a few reasons why you didn’t get top dasher. It could be that you didn’t have enough deliveries, or that your average delivery time was too long.

Additionally, if you’re checking on the 1st of the month, it’s typically not updated until early afternoon EST. Give it until the 2nd and check back then. Is Doordash Worth It After Taxes? 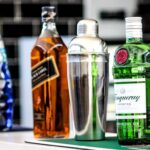 How to Get a W2 from Doordash? Is DoorDash in Florida? Is DoorDash in Washington? Is There Doordash in Dubai? Is There DoorDash in India?